Let’s be honest, we all have a tendency to be a little extra so why not learn the art of reeling it back from the Queen of style herself

Can we be honest with each other? Now, this isn’t a criticism (well it is a bit), and I really shouldn’t be saying this since I’m a little guilty of the tendency I’m about to describe (by a little, I mean a lot) but we Arabs have a knack to be a slightly extra. OK it’s more than just slightly.

There’s nothing wrong with some contouring, hair teasing, hair spraying – did someone say sequins? Yes, turn me into a disco ball. Animal prints? Drape me . . . Velvet? Cover me!

Minimalism hasn’t really been part of our genetic fashion make up but being lavish and blinged up has a long and lustrous history in Arab fashion and style. And although it’s the aim to be a bit much, being a bit much can be a bit too much sometimes or all the time. Often or not we will find ourselves teetering on the edge of vulgarity only to dive into a pool of sequins head first and emerge out feeling fabulous. And then, we see photos of ourselves a few years later and ask, ‘what was I thinking?’

Despite the temptation, I need to tell you that it’s not always a good idea to look like a Real Housewife (insert your favourite franchise here). I don’t think the solution is to absolve our tendency for the bright and sparkly, but to be aware that there are more ways to develop our personal style.It’s been hard but sometimes we need to know when to put the hair spray down and the sequinned trousers back in the closet before we go grocery shopping.

Over the last few decades Arab women have really embraced the idea of being casual but not looking as though they’ve just rolled out of bed. And that doesn’t mean wearing stylish yoga and gym wear out and about. Please don’t do that.

It’s a fine art, it’s a balance to really pull off that casual chic look from head to toe, effortlessly, in a way that can translate from day to night and in some cases back to day again. We need some style inspiration.

Queen Rania, whose style we can’t ever fault is one of those Arab icons who has definitely nailed the idea of casual chic. So, if you need some inspiration here are our six favourite casual chic looks straight form her highness’s Instagram

One of the most powerful things a woman can own (other than an education and a good lipstick) is a pair of fitted dark denim jeans. It takes versatility to a new level. A good pair of denim jeans is fifty percent of what can make the perfect casual chic look. The other fifty percent is paring it appropriately, like in this example, with a piece that is sculptural, feminine, simple yet daring with the exposed zip and the oversized tan belt.

This is so easy and works so well. It’s all about bringing different elements together but making them cohesive. A tailored oversized collared shirt (any colour but keep it plain or pastel) fitted slightly washed denims and thin belt – casual chic perfection.

The golden rule rings true yet again – less is more. Oversized tailored on the top, fitted and comfortable denims.

Being thoughtful and tactical with texture and colour is a necessary skill to learn. A statement belt, shoulder or hem details, stitching details paired up with simpler pieces can make a great look.

Plain pieces aren’t necessarily boring – like in this outfit, experiment with proportion and colour blocking.

Sophia Altiman is a fashion reporter obsessed with bold silhouettes, reinterpreting classics and isn’t afraid of a little leopard.  She is currently on a quest to find the perfect pistachio flavoured ice cream.

The Arab Edition is a space that belongs to all of us who want to own and change the narrative. It’s where bridges are built through stories and shared experiences. Do you want to be a bridge builder? Do you want to join in the conversation? Do have something to say? A story to share? We bet that you do.
If you’re a content maker of any kind (writer, artist, photographer, film maker, YouTuber, blogger) or simply someone with something to say, an opinion worth sharing or have a story you want to tell one of our editors or writers then we want to hear from you. Head over to About Us and find out what we are looking for then fill out the form in Contact Us.
Now is the time to celebrate and share our stories, history, traditions, successes and opinions no matter where we are from. The Arab Edition is waiting for you to help us build that bridge of stories.

The Arab Edition encourages discourse and discussions on all our articles. This is a space where you should feel free to express your thoughts and opinions in order to continue the conversation. However, discussions can get heated. While passion is great we encourage you to be kind to one another and be thoughtful of the words and terms you use when addressing each other. 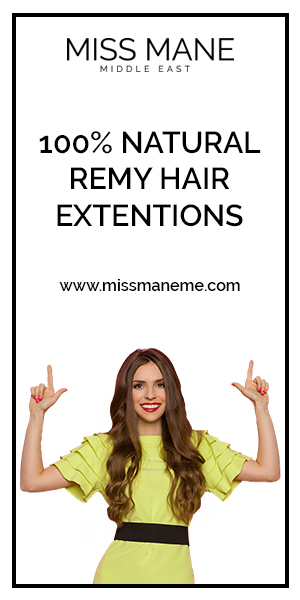 Fashion Report: The Arab Designers we loved at Cannes

Material on this site may not be reproduced, distributed, transmitted, cached or used in any other manner unless with written permission from The Arab Edition

© 2018 The Arab Edition. All Rights Reserved

Get our latest exclusive content right into your inbox!